If you have concerns about your business’ finances, you should consult a Licensed Insolvency Trustee as early as possible.

The assets of the business are sold as part of the company’s bankruptcy and used to reduce the liabilities. Certain classes of creditors may have preference over the assets and these creditors are usually paid first.

At Welker & Associates we help owners of incorporated companies deal with their debt issues, including government debt. There are three main government debts that business owners have to deal with:

Corporate income tax is a debt which owed solely by the corporation and is not the responsibility of the directors. However, HST and payroll source deductions are director’s liabilities. As director’s liabilities these debts are owed jointly and severally by the directors of the corporation personally, and can be included in and discharged by filing a consumer proposal or personal bankruptcy just like any other debt.

Government debts only have special rights if you do not deal with them by virtue of the enhanced garnishment provisions provided for in the Income Tax Act and Excise Tax Act. These enhanced garnishment provisions allow the government to freeze your bank, issue a requirement to pay, garnishee wages or put a lien on your house without a court order. Filing a consumer proposal or bankruptcy immediately stops all government action and prevents them from taking any further action against your assets and/or income.

For an incorporated company to go bankrupt it will usually cost a minimum of $15,000 so the decision to go bankrupt should be well thought through. Make sure you research all options before deciding to bankrupt your company.

Whether or not you decide to proceed with bankruptcy, if you’re struggling it’s best that you consult a licensed insolvency trustee sooner rather than later to review all options available.

« Life After a Consumer Proposal
Credit Card Use – The Good, The Bad and the Ugly » 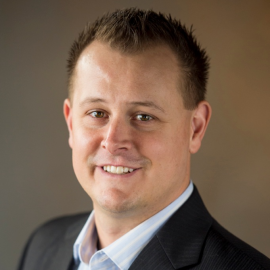